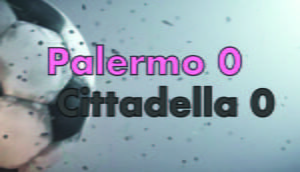 Palermo Cittadella 23/10/2022: Eugenio Corini, Palermo coach, still opts for 4-3-3. The starting line-up of the rosanero is the same as in the previous match against the Tuscan club.

Kick-off scheduled at 4.15 pm. The teams enter the pitch, hosts in pink jersey and black shorts, guests in yellow suits. First ball entrusted to Palermo, who attacks from right to left: the referee blows his whistle, the “Barbera” match begins. The first minutes of the game saw a more proactive Palermo and attentive to the management of the ball. The Venetian team defends itself and resists the blows of the rosanero, not yet decisive. At 20 ′, the race continues at the same initial pace, no action taken so far on both sides.

The Cittadella continues in the defensive management of the match, trying to hurt on the counterattack. Shortly after halfway through the first half of the game, the pace slows down, and the two teams almost go back to studying each other trying to find the right lane on the pitch to go to the net. At 36 ‘flash of Di Mariano who tries the scissor kick in the opponent’s penalty area on a cross from Segre, the ball is hit by the number 10 of the rosanero but with the shin and not with the right foot, so it ends high above the crossbar.

After two minutes, Brunori tries to kick on goal from the edge of the Cittadella’s penalty area, but the shot is weak and central and Kastrati saves easily. At 42 ′ again the Palermo captain tries the conclusion from outside the area, this time with more vehemence, but always saved by an attentive extreme defender of the Cittadella. At the end of the first half, there will be two minutes of recovery. Nothing in the time allowed beyond the first 45 minutes, the referee blows his whistle twice and sends everyone to the locker room.

Before the start of the second half, Mr. Corini sent Devetak to replace Marconi. Immediately after the match director starts the second half of the match. At 48 ‘Segre tries to surprise Kastrati from outside the area, his conclusion on the fly ends up high. Minute 60, Elia leaves the field and Nicola Valente enters his place.

After two laps of hands Di Mariano puts in the middle a dangerous ball from the left-handed lane, just the new entry of the rosanero Valente fits on the far post but does not impact the ball well and the result remains equal. At 67 ′ also Mr. Gorini makes a substitution, Mastrantonio enters the field who takes the place of Lores Varela.

Other substitutions at minute 73 for the Citadel, Tounkara and Carriero come out and in their place are Magrassi and Mattioli. Immediately after a free-kick from an interesting position for the rosanero, Valente takes care of the serve from about 20 meters away and hits the intersection of the goalposts after a deviation from the visitors’ barrier.

At 74 ‘he leaves the Segre field for Vido. At 81 minutes, Embalo had to leave the pitch due to cramps, and Beretta entered his place. After two minutes, Brunori’s header from Devetak’s cross, ball over the crossbar. To follow outside for the rosanero Di Mariano and Gomes and inside Saric and Floriano. Last minutes on board for Palermo, who are trying in every way to find the way to the goal without ever realizing the opportunities created. At 90 ‘the fourth official raises the luminous scoreboard, there will be five minutes of recovery. After the extra time there is no more time, the referee whistles three times.