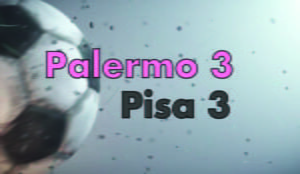 Palermo Pisa: The hosts are back from three defeats in a row and have only won one game, the one against Genoa, in the last six matches. The Tuscan club is preparing for the match against the Sicilians after the goalless draw against Parma. Two teams face each other in the lower area of the standings, with Palermo at 7 points and Pisa with 6 points obtained so far.

Kick-off is scheduled at 14.00. The teams enter the pitch, and the first ball is given to the hosts who attack from right to left in the pink jersey and black shorts; visiting team is in the yellow suit. The referee blows his whistle and the “Barbera” match begins. At minute 5 comes the first opportunity for Pisa that advances vertically with Sibilli and Gliozzi who alone against Pigliacelli lose the opportunity to go to the net thanks also to an excellent recovery of the rosanero defense; at the end of the action the assistant’s flag is raised, there was an offside position.

At 11 ‘the advantage of Palermo arrives! Di Mariano takes advantage of a verticalization after a header from Brunori and is face-to-face with Nicolas. The number 10 of the rosanero is cold in front of the goal and beats the goalkeeper of the Tuscan club! After the goal of the hosts, the goalkeeper of Pisa accuses a problem with his right leg and the game stops for several minutes.

Despite a conspicuous bandage, Nicolas remains on the pitch for a few moments before being replaced in the 17th minute by Livieri. At 25 ‘there is a draw for Pisa! A ball placed in the middle by the Tuscans is clumsily countered by Marconi, the ball arrives on Tourè’s left-handed who kicks first and finds the perfect lap that beats Pigliacelli.

In the minutes following the middle of the first half, the rosanero team begins to lower and tighten the spaces, especially centrally. Pisa tries to make themselves dangerous forward but the pinks manage to defend well on the opposing offensive actions, trying to hurt on the counterattack.

In the second part of the first 45 minutes, the teams think more about not getting hurt, slowing down the pace of play, and trying to manage the ball more. At 45 ‘the fourth official raises the luminous scoreboard, there will be four minutes of recovery. At 47 ‘arrives the flash of Palermo! A deadly counterattack by the rosanero with Brunori who carries the ball down the left-handed lane focuses and sees the perfect insertion of the number 77 Salvatore Elia who only has to support the net! A few moments before the end of the first half, during the extra time, the home team took the lead

Before the start of the second half, Mr. Corini sent Bettella to replace Marconi. Immediately after the referee starts the second half. Just a turn of the hands to see Palermo still dangerous. Buttaro throws vertically for Brunori who stops the ball with a touch and immediately kicks into the goal face-to-face with Livieri, but the ball ends up just above the crossbar. At 49 ′ Sibilli on a free kick touches the equal goal with an excellent conclusion from the edge of the area that ends up high.

At 56 ‘Palermo drops the trio! After a cross from the squads, the ball is rejected by the Pisan defense, Mateju then leans the ball to Elia who starts a decisive conclusion from the edge of the area that gets into Livieri’s right. At 62 ‘comes a double substitution for Pisa: Ionita and Calabresi come out and give way to Tramoni and Esteves. After two minutes, Pisa scores the goal that shortens the distance! An excellent restart of the visiting team with Tourè from the right lane serves in the middle Tramoni who hits all alone: ​​Pigliacelli saves the conclusion but the ball does not stop and ends up in the feet of Gliozzi who places in the net a practically empty goal. Immediately after other changes for Mr. D’Angelo: outside Barba and Nagy and inside Hermannsson and Torregrossa.

At 76 ‘Di Mariano stops for cramps, Saric enters his place. At minute 78, Pisa finds the equal goal! Gliozzi is served in the opponent’s penalty area, stops the ball with his chest, and serves Tramoni who all alone arranges the ball and kicks into the goal without difficulty. At 83 ‘Broh is forced to leave the pitch due to a physical problem, and Vido enters his place. In the last minutes of the game, the teams begin to feel tired while fighting for every ball on both sides.

Palermo posted at 90 ‘on a header from Vido served from the left-handed lane by Mateju! In the development of the action, Brunori supports Elia who kicks hard but shoots very high. The fourth official then communicates with the luminous scoreboard that the injury time will be 5. At 91 ′ Corini tries everything by sending Valente to the field in place of Elia. At the end of the extra time, the referee blows his whistle three times, there is no more time. Palermo and Pisa split the stakes, the match ended 3-3.