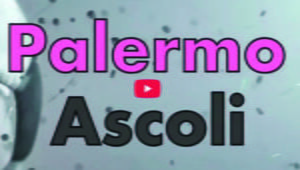 Kick-off is scheduled at 20:45. The first ball is entrusted to the visiting team, who attacks from left to right: the referee blows his whistle and starts the match. At 5 ‘thrill for the hosts on a corner kick in favor of the opponents. The ball, beaten by Lungoyi, crosses the entire penalty area and is not blocked by Pigliacelli who is saved thanks to the far post, where the ball hits and is then rejected by the Sicilian defense. At 12 ‘Palermo responds with a continued offensive action, first in the left lane and then from the opposite lane; Valente first and Elia afterward undermine their opponents with various dribbles, trying to insert a teammate in the middle of the area. In the middle of the first half, the rosanero team continues to become dangerous by exploiting all the side lanes. Corini’s game does not include frenzy, the Sicilians dribble without verticalizing but thinking about how to hurt the opponents. The team led by Bucchi responds by defending well and trying to sting Palermo, especially on the counterattack.

At 27 ‘Ascoli takes the lead! A deviation by Nedelcearu on a cross from the right surprised Pigliacelli who was unable to block the ball in his small area; Gondo is quick and takes advantage of it by sending the ball into the net from two steps. At 36 ‘Palermo sends the result again in a draw! Matteo Brunori uses an aerial ball that comes from Nedelcearu’s touch, on a cross from a corner, to send the ball into the net with his head. The partial is 1-1. A few minutes later Valente tries to insert the number 9 of the rosanero into the area, who tries to surprise Leali again with his head but without hitting the goal. At 45 ‘the fourth official shows with the luminous scoreboard the minutes of recovery, which will be five. At 48 minutes, Ascoli took the lead again. Perfect verticalization of Caligara who finds Gondo in a regular position, the number 15 of the bianconeri face to face with Pigliacelli sees him off the posts, and from the edge of the area, he scores with a winning lob. Afterward, the first half ends and the teams head towards the changing rooms.

The teams return to the pitch, and in the second half, they beat Palermo. The “Barbera” match starts again. At 52 ‘Ascoli drops the trio! Gondo with a feint of the body in mid-field jumps sharply Lancini and heads all alone towards Pigliacelli. Inside the penalty area, he stops, looks at the goal, and crosses with his left foot, beating the rosanero goalkeeper once again and thus scoring his personal hat-trick. A minute later comes the first chance for the visiting team, Falzerano enters and takes the place of Lungoyi. At 56 ′ come the changes of Mr. Corini: Broh, Crivello, and Damiani leave the pitch and give way to Stulac, Di Mariano, and Segre. Shortly after another substitution arrives for the rosanero, Lancini comes out and Bettella enters. At 63 ‘Palermo reopens the game! On the corner kick kicked by Stulac there is the perfect insertion of Segre who heads Leali and scores the goal of 3-2.

At 72 ′ there are other substitutions for Mr. Bucchi, Eramo, and Dionisi taking the place of Collocolo and Gondo. The Palermo at this point of the game tries in every way the equalizer when there are about 15 minutes to the end of the match. At 78 ‘Ascoli scored with Dionisi on a mistake by Nedelcearu, but the referee stopped everything due to the offside position of the number 9 of the bianconeri. In the 83rd minute, Elia tries a volley from outside the area which worries Leali, but the Ascoli goalkeeper is careful and blocks the ball. A minute later comes the last chance for Palermo, Floriano exits and Stoppa enters. Following the last substitution also for the visiting team, in Simic instead of Bellusci. Minute 87, another opportunity for Ascoli with Dionisi kicking towards the goal blocked by Buttaro. After a turn of the hands, Valente stops Falasco in an irregular manner and is warned for the second time, he is red for the number 30 of the rosanero. At 90 ‘the extra time is assigned, there will be six minutes of recovery. Two minutes from the end, Stulac tries the shot from distance, and Leali responds by saving the shot. After the last seconds of the game, there is no more time, the referee blows his whistle three times. Palermo-Ascoli ends 2-3.