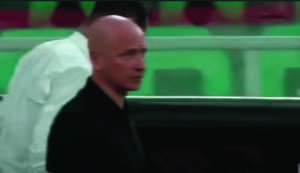 Palermo wins and convinces against Perugia, wins the first three points in this Serie B

It couldn’t have started any better. Palermo wins and convinces against Perugia, wins the first three points in this Serie B championship, and sends an important signal to all the competitors, waiting for reinforcements. The first half is very balanced until the episode that changes the game: Lisi stretches Elia into the penalty area and is sent off.

Brunori transforms the penalty and the road goes downhill for the pinks, who close the game with Elia in the second half. A good performance for Corini’s men, which gives morale after a complicated period.
The match is practically perfect, especially considering that the team is still under construction.

The three points are an injection of serenity and a reward for the dedication of the squads, who do the best they can. Corini is also very good, at demonstrating common sense, changing little but giving a “personalization” to the form on the field to try to make the most of the characteristics of each one.

The game went downhill in the middle of the first half thanks to the perfect “suicide” of Perugia, who let himself be put on a corner action: everyone jumped and Palermo on Floriano’s counterattack won a penalty converted by Brunori, and the expulsion of Lysis. But even before the goal, the pinks had shown good things.

The new grafts are well integrated and have dragged the team that deservedly came out to the applause of the 21,000 of the “Barbera”.

Only on one occasion did Palermo risk being caught but the superiority was overwhelming, perhaps even more than the result suggests. For the City Group, making their debut after two difficult months, there could not have been a better start. Now there are two more weeks to strengthen the team, doing it with three more points will be easier.

Ah, I forgot: Palermo is first…