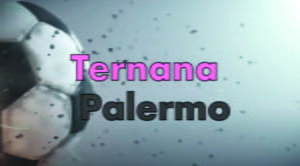 08/10/22 Ternana Palermo: Treacherous match for the squad, coming from four defeats in the last five games, against the team of Lucarelli who, on the contrary, are in excellent form with three consecutive victories.

Kick-off is scheduled for 14:00. The first ball is entrusted to the rosanero team who attacks from right to left in an entirely white suit, red-green jersey, and black shorts for Ternana. Referee Manganiello whistles the start of hostilities at the “Libero Liberati” stadium in Terni.

The hosts immediately close to scoring, after only two minutes, with Capuano’s header directly from a corner that just barely finds the door. At 7′ Ternana tries again with Coulibaly’s volley from inside the rosanero area after the Donnarumma bank, a ball widely high over the crossbar.

The positive moment for Lucarelli’s men and another occasion, always with a header on a corner, at 13 ‘with Sorensen but also in this case the player from Ternana does not find the door. Palermo also tries to be seen, in the fourteen minutes, with a shot from distance by Stulac far beyond the face of the goal.

First yellow card of the match, at 19 ‘imposed on Segre for a dangerous game on Di Tacchio. At 22 ‘still a good opportunity for Ternana to take the lead: Partipilo serves Palumbo on the left, concluding to cross on the left-handed captain of the red-green who comes out touching the post to the left of Pigliacelli.

Twenty-eight minutes, even Palermo goes very close to the advantage with Saric who enters the area and manages to pass the low shot but Elia fails to close in tap-in with an empty goal.

At 33′ the first changes of the match for Ternana and Palermo, both due to injury: between the hosts Diakite takes the place of Capuano, and among the pink Buttaro takes the place of Sala. At 37 ′ a new opportunity for Ternana with Palumbo serving Corrado perfectly on the run, ball in the middle of the red-green full-back on which, however, no one arrives and the action goes out with a stalemate.

At 44′ admonition is also among the ranks of the hosts for Cassata, inevitable after having illegally interrupted the restart of Elia. After three minutes of injury time, referee Manganiello whistles the end of the first half with the result still a goalless goal between Ternana and Palermo.

The teams return to the field to resume the match, with no change at half-time. The match director whistles the kick-off for the second half at the “Libero Liberati” stadium in Terni. At 49 ‘long throw by Sorensen directly for Partipilo who overcomes the rosanero rearguard and flies into the area but the conclusion of the number 21 of Ternana is blocked without problems by Pigliacelli.

At 57 advantage of Ternana! Hosts deservedly ahead with a nice overturn in the area of Partipilo on a cross from Palumbo that ends behind Pigliacelli. At 63 ‘change between the ranks of Ternana: outside Cassata, inside Defendi. Double substitution, at minute sixty-seven, also for Palermo that inserts Broh and Valente for Saric and Elia.

Few occasions in this phase of the match, with the squads who try shyly to look out over Iannarilli and the hosts who, thanks to their advantage, control the match without major worries. At 77 doubling Ternana! Great goal from Palumbo who, after the assist, also finds the net with a precise left foot from a distance on which Pigliacelli can do nothing. Another double change for Palermo in the 78th minute: outside Segre and Di Mariano, inside Floriano and Vido.

Ternana also responds with three substitutions: Pettinari, Moro, and Celli take the place of Donnarumma, Palumbo, and Corrado. At the eighty-seven minute, another yellow card for Palermo was imposed on Broh, foul on Moro in the restart which is worth the warning to the number fourteen rosanero.

In full recovery, at 91 ‘, Ternana drops the trio: Moro escapes the rosanero defense in speed and, once in the area, starts a diagonal on which Pigliacelli can do nothing. Yellow card for Moro himself for taking off his shirt at the moment of the celebration. Warning in the end also for Marconi for dangerous play. At the end of the fourth minute of recovery, the referee whistles the end of the match, the third, heavy consecutive defeat for Palermo who is unable to get out of a crisis that is getting deeper and deeper.